Order these and more from http://ShameFileMusic.com 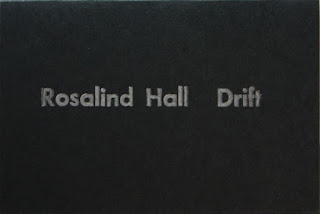 Rosalind Hall "Drift" cassette - "Drift is a free fall album consisting of three compositions invoking a sense of hovering expansion. Deeply spacious yet tightly compacted sound movements create holding patterns that slowly shift and evolve. Cycles fall in and out of sync while atmospheres envelop time, appearing on the periphery before being subsumed back into space. The compositions utilize modified alto saxophone with spring reverb attachment, synthesizers, percussion, field recordings and electronic processing. The saxophone is played with an acoustic spring reverberation preparation to produce multiple feedback tones, pitch beating and metallic distortion. Using sampling and pitch shifting techniques, the instrument and its presence of breath act as the glue that binds the pieces". Comes with download including PDF of liner notes. 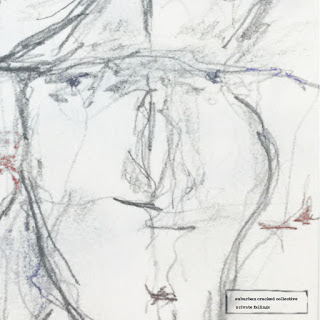 Suburban Cracked Collective – “Private Failings” LP -  "These recordings are an exercise in the re-acquisition of time from the inertia of daily life. An attempt to adorn one's personal world with some kind of meaning beyond the everyday. Semi-subdued introverted loops / improvisations / synths / concrete floors / broken drums / mistakes / .... failures of one subjective kind or another". 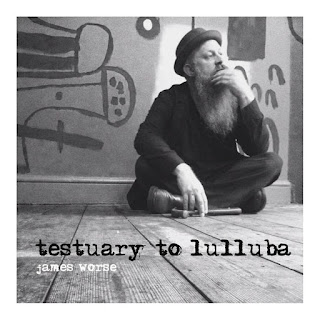 James Worse “Testuary to Lullaba” CD – Worse recites verse comprising words that sound like they may be real, or may have once been part of the English language, but in fact never were. The form of “Testuary…” is akin to an epic poem recited in a lost language, whose meaning is just our grasp, yet (or because of) still resonates as a narrative. One part Chaucer, another Anthony Burgess, with an approach to meaning like Joycean portmanteaus, Worse makes English his plaything for our delight. Comes in card-sized cover with an origami fold-out CD holder, limited edition of 99 individually numbered copies, each with a wax seal. 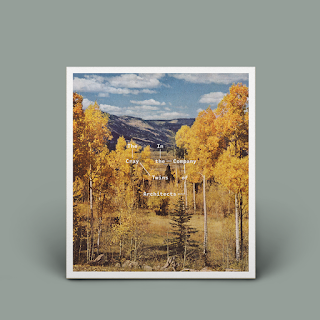 The Cray Twins “In the Company of Architects” CD – ‘For their second album, this UK duo of Paul Baran and Gordon Kennedy have assembled a virtual collective of musicians and sound artists (Werner Dafeldecker and Ryoko Akama amongst them), collaborating with only selective access to the contributions of others, and to the whole. Starting with the almost 40 minute long title track, “In the Company of Architects” slowly unfolds into a hazy exploration of stratified sound. The result is a fascinating piece of acousmatic music; a mix of phonography and distortion, improvisation and unnerving silence, time, tension and release’.